from 8:00 am to 2:00 pm includes Pick up services from your hotel in Luxor and return, all transfers by a private A/C vehicle, Private Licensed English-speaking Egyptology guide, Entrance fees to all the mentioned sites, Snacks Bag and All service charges & taxes, Tour excludes Any extras, Tipping and any Optional Tour.

7:00 am Pickup from your Hotel or Nile Cruise in Luxor by Egypt Travel Licensed Tour guide then you will be transferred by Private A/C Vehicle to the West Bank of the Nile where you will visit Medinat Habu, it is an archaeological locality situated near the foot of the Theban Hills on the West Bank of the River Nile opposite the modern city of Luxor, Egypt.

Although other structures are located within the area, the location is today associated almost exclusively with the Mortuary Temple of Ramesses III The temple, some 150m long, is of orthodox design, and resembles closely the mortuary temple of Ramesses II (the Ramesseum).

It is quite well preserved and surrounded by a massive mud brick enclosure, which may have been fortified. The original entrance is through a fortified gate-house, known as a migdol (and resembling an Asiatic fortress). The name at least its French form, Rhamesséion – was coined by Jean-François Champollion, who visited the ruins of the site in 1829 and first identified the hieroglyphs making up Ramesses's names and titles on the walls.

It was originally called the House of millions of years of Usermaatra -setepenra that unites with Thebes-the-city in the domain of Amon.

Also you will be able to visit some other temples inside Habu Temple Such as Temple of Amun dating to the 18th Dynasty, built by Queen Hatshepsut and Thutmose III. It has undergone many alterations and modifications over the years, partially in the 20th, 25th, 26th, 29th and 30th Dynasties and the Greco-Roman period.

Then Continue your day Tour to Deir el Medina, known as The Valley of the worker,  Deir el-Medina is an ancient Egyptian village which was home to the artisans who worked on the tombs in the Valley of the Kings during the 18th to 20th dynasties of the New Kingdom period (ca. 1550–1080 BC) The paintings appear so fresh.

End your day Tour with a visit to Valley of the Queens it's is a place where wives of Pharaohs were buried in ancient times. In ancient times, it was known as Ta-Set-Neferu, meaning –"the place of the Children of the Pharaoh", because along with the Queens of the 18th, 19th and 20th dynasties (1550–1070 BCE) many princes and princesses were also buried with various members of the nobility.

The tombs of these individuals were maintained by mortuary priests who performed daily rituals and provided offerings and prayers for the deceased nobility. The valley is located near the better known Valley of the Kings, on the west bank of the Nile across from Thebes (modern

Luxor). This barren area in the western hills was chosen due to its relative isolation and proximity to the capital.

The kings of the 18th dynasty, instead of building pyramids as traditional burial chambers (perhaps because of their vulnerability to tomb robbers), now chose to be interred in rock-cut tombs to Preserve it as possible as they can from tomb robbers 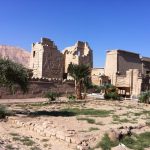 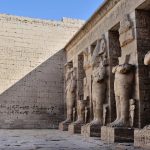 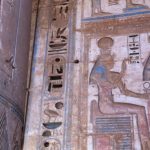 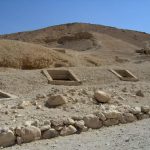 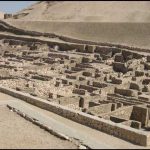 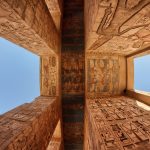